Anime is not a cartoon.

Hart & Huntington tattoo artist Lacey Rose will be the first to tell you that. She’s the anime expert in our Orlando shop. 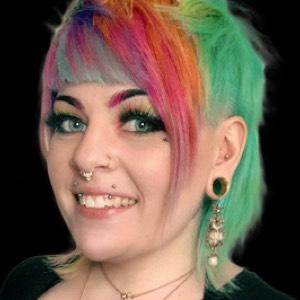 Anime is not a cartoon.

It’s a style of its own, and there’s a lot more to it.

If you’re an Otaku, you already know this.

Cartoons are more kid-oriented, whereas anime is more adult for the most part. It’s not childish or immature like some people might think. The characters have deeper back stories and morals. Their worlds are super elaborate, and there’s a lot of plot development. And they don’t always live happily ever after.

The Japanese-style genre has grown increasingly popular in the U.S. over the years, and for Lacey Rose, that couldn’t be more exciting. It means she gets to tattoo our clients with some awesome anime artwork, which actually comes in many forms. In fact, that’s one of the things she loves about it.

There are so many types of anime. Some has action and movement. Then you have your romantic side with soft shades and lines. There’s 3D, and the old school 2D plain anime that’s flatter and uses a lot of hard lines. There’s even a newer, almost Pixar-looking computer animation style.

But it’s not just the design that inspires her. It’s the way the genre allows for so much creative freedom.

Anime is very expressive. If someone’s shocked, they have action lines under their eyes to show how their face changes. If they have magical powers, it’s shown through lightning bolts and neon streaks.

Best of all, there are no rules or strict conventions to follow.

I love that you can make anime so unique. There are no guidelines. Things don’t have to look a certain way or follow a stereotype. 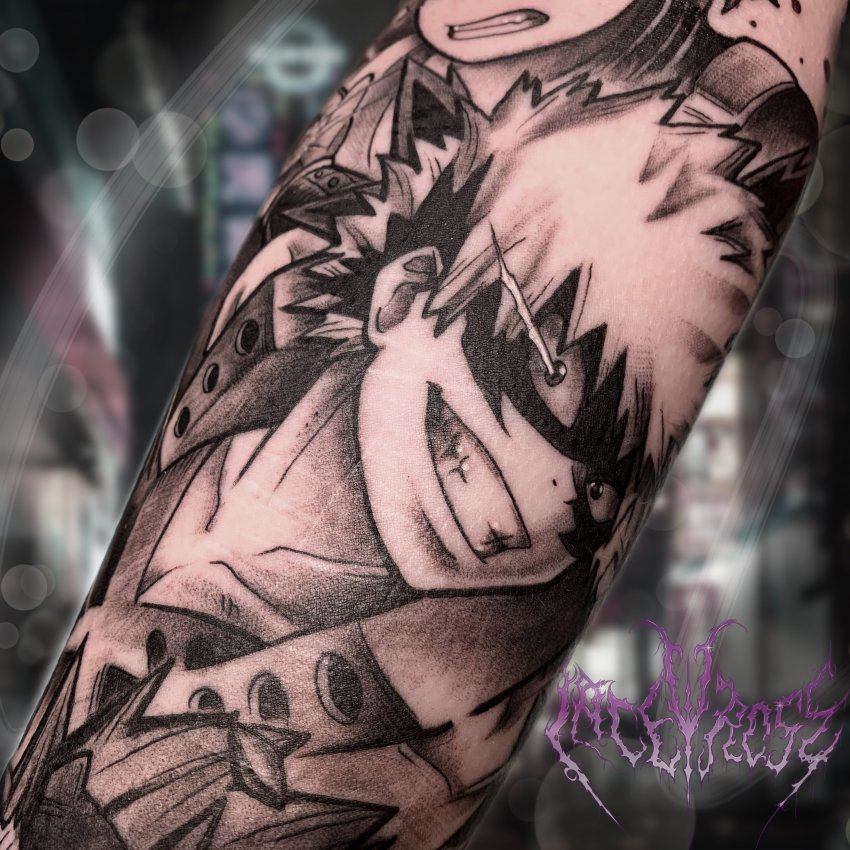 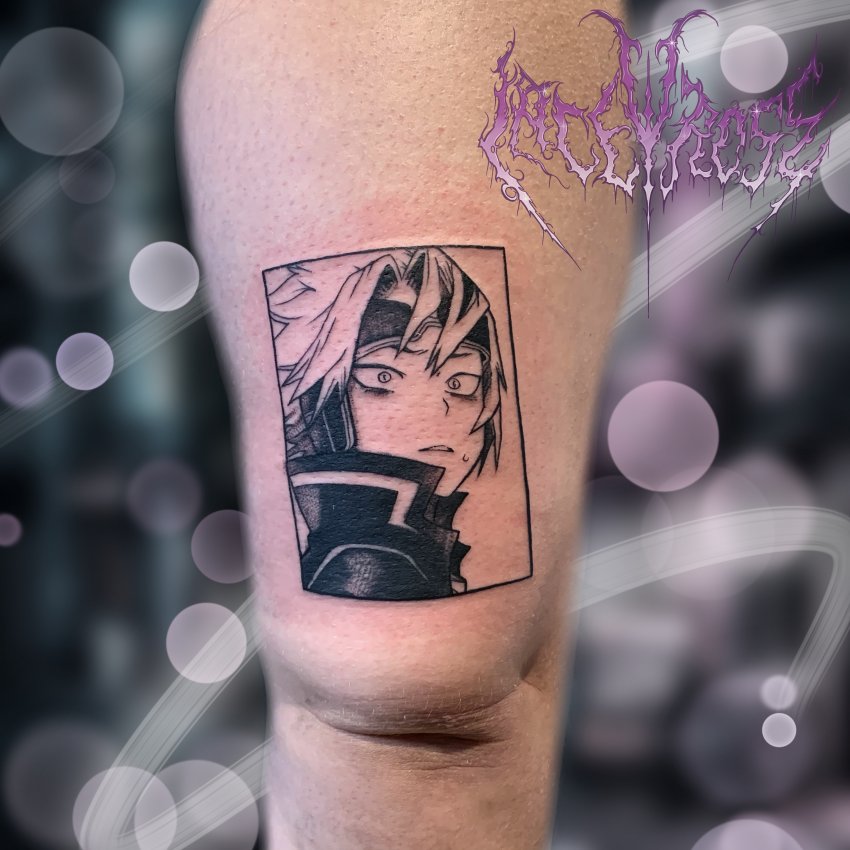 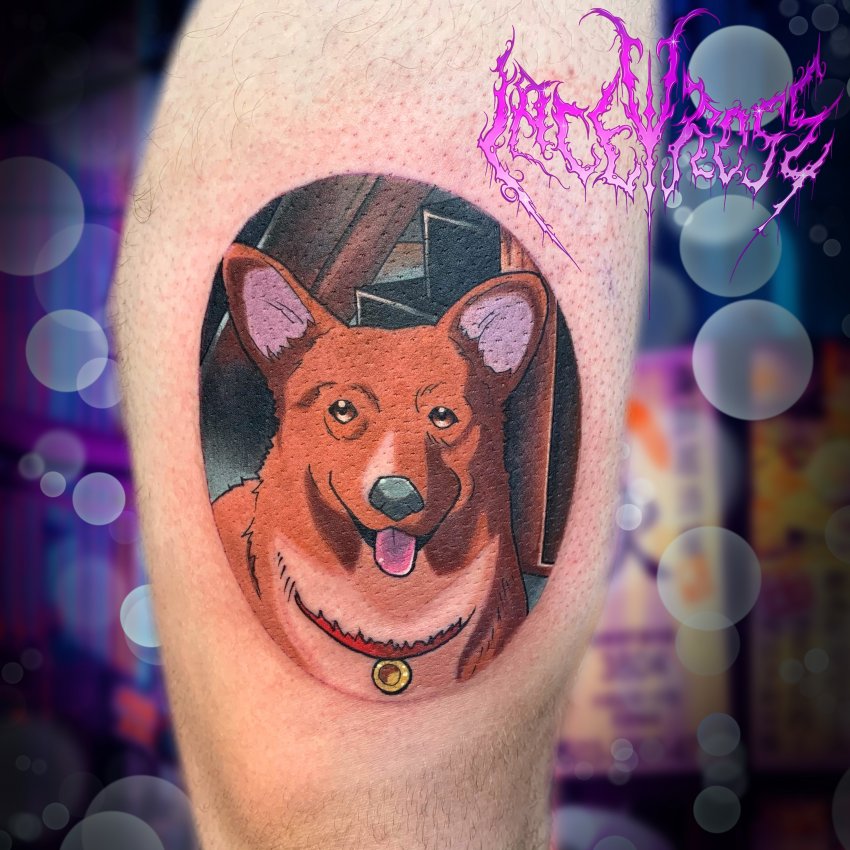 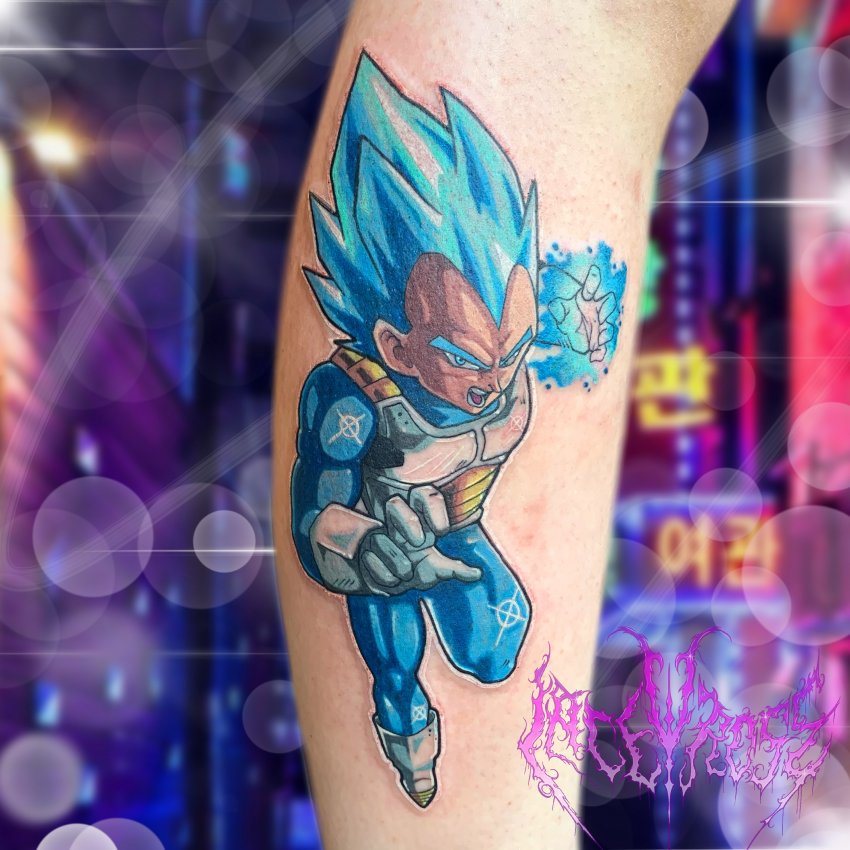 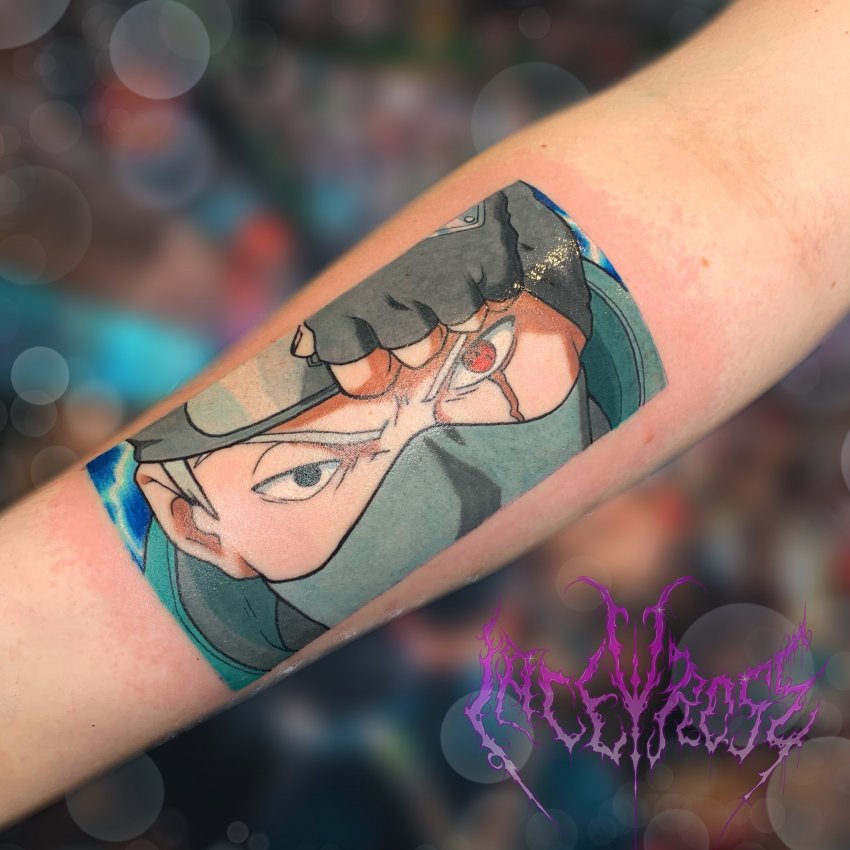 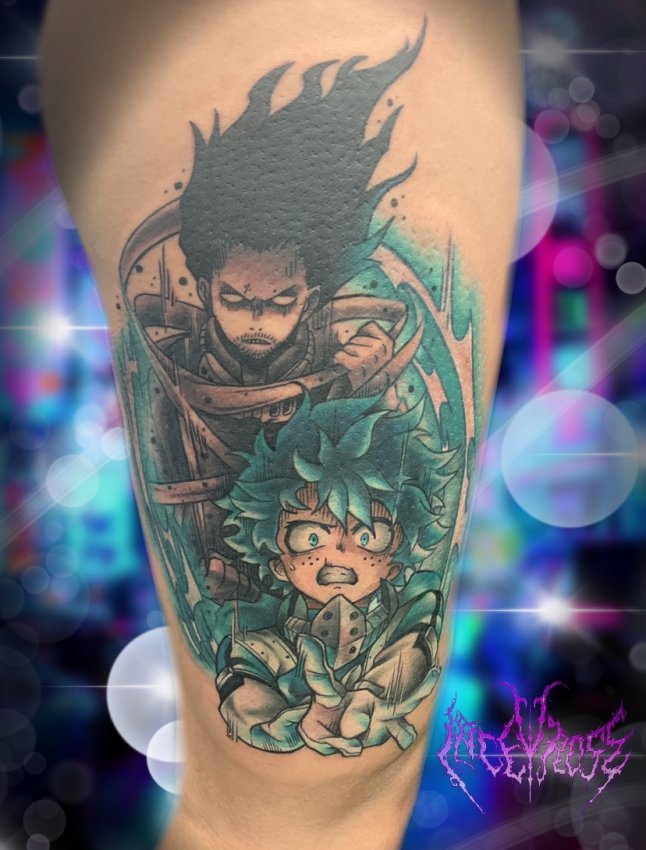 I can add animal qualities to a character, like a goddess with horns and fairy wings. You can create a background story and a whole world for them. It’s totally cool and relatable.

As for her favorite anime?

It’s like asking a parent to say who their favorite child is.

Her first foray into the world of anime was like most American kids. She watched Sailor Moon and Dragon Ball Z.

I loved Sailor Moon because it was super pretty, sparkly and colorful. I actually didn’t like Dragon Ball Z because I always noticed how the characters’ muscles were super blocky and overly masculine. I hated it.

From there, she developed a deeper appreciation for the anime artform and a taste for less mainstream content, like Demon Slayer and Darling in the Franxx. 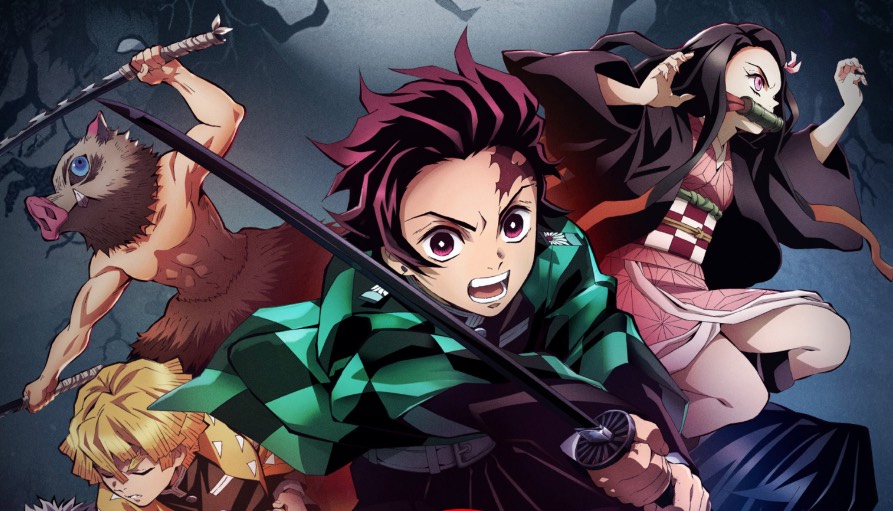 It was so emotional, it made me cry!

It’s probably no surprise to hear she loves to tattoo some of the more obscure anime characters.

I do a ton of well-known stuff, from Dragon Ball Z and My Hero Academia to Pokemon and Naruto, but I love to bring other art to light that people might not know about.

She recently did a half-sleeve filled with anime characters.

I’ve always wanted to do an obnoxiously big anime piece where I can add a ton of detail to the characters. I had so much fun with it, made it super dynamic and bold with lots of action lines and shadows. I really wanted it to look like a piece of art, and I’m so proud of it.

It made me love tattooing even more. 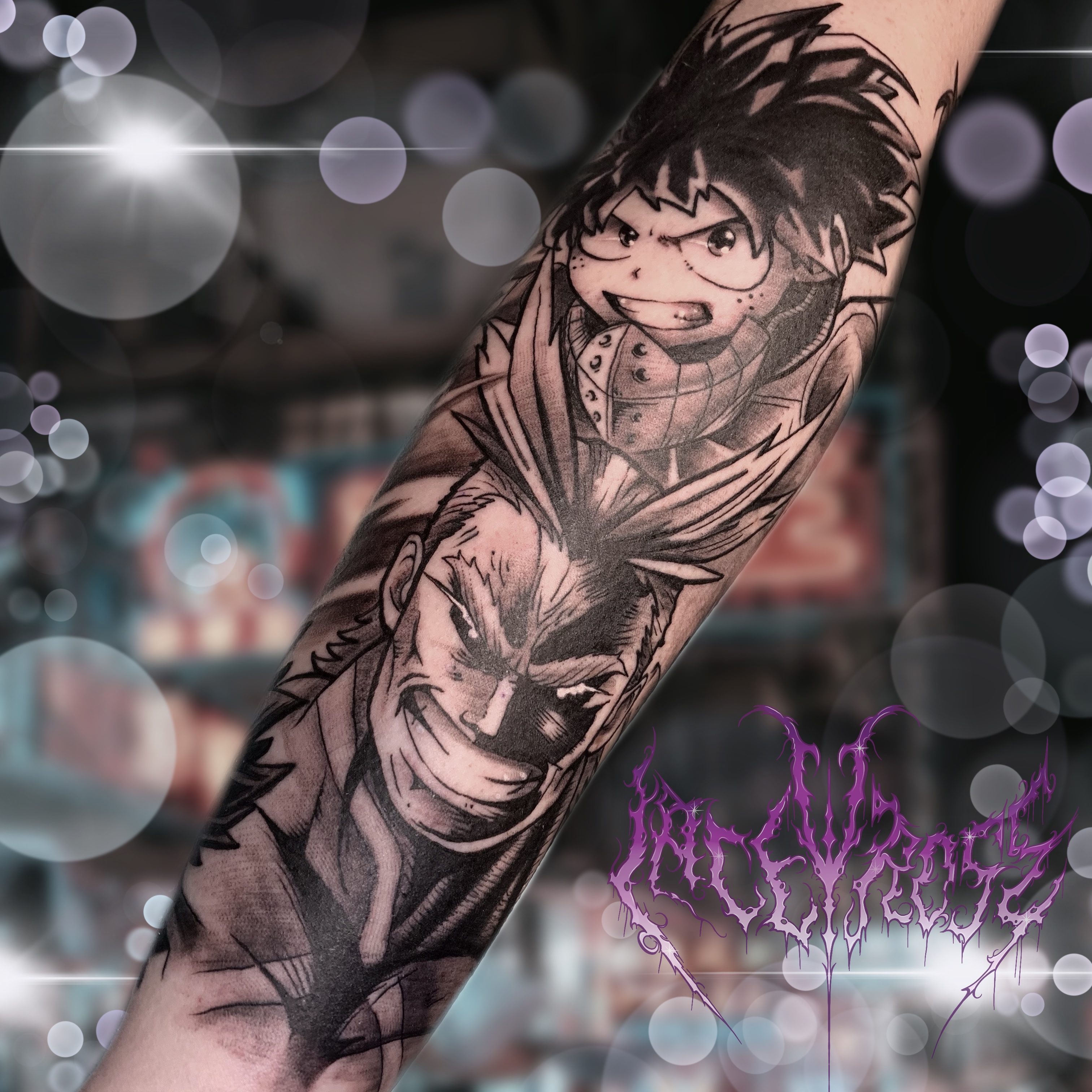 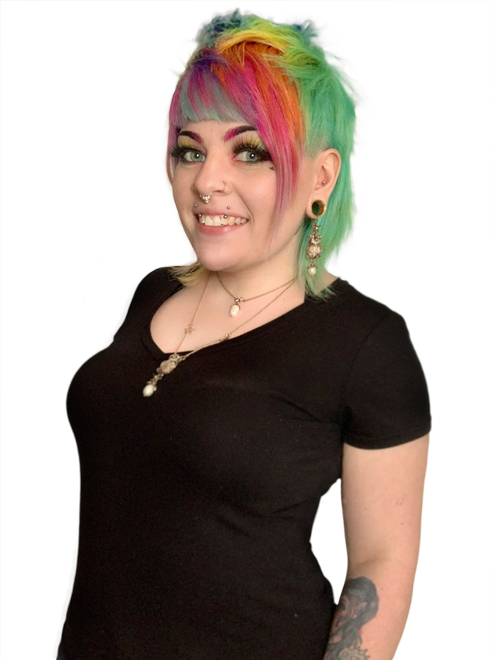 Request an appointment with Lacey

Japanese-style tattoos by Mark Fernandez
They’re rich with tradition. But for Hart & Huntington...
The Haunting at Hart & Huntington
Ok no, none of our shops are haunted. (That we know of.) But...
The Mecca of Harry Potter Tattoos.
Never worry about being too nerdy here. We’re connected to...